Steam era steel flatcars are designed to handle heavy loads with deep center sills that form an inverted truss.   Cars were rated as to their maximum load and in what areas the load can be places.  In the context of this statement, I want to share photos a model that shows what happens when a car is pushed beyond its limits.

The late Jim Hickey was a great student of the railroad scene.  He saw details and colors that escaped most.  Jim was a prolific photographer and came across this poor Southern Pacific flat car on one of his excursions. 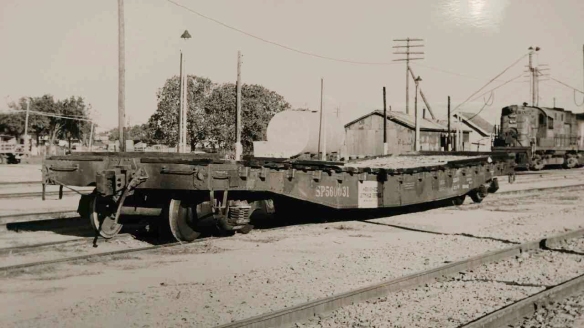 As you can clearly see, the car is seriously bent.  While unsuitable for interchange, it could still serve the Southern Pacific hauling rock to build a jetty near Galveston, Texas.  The rock was sourced in the Hill Country near Austin and hauled down to the Gulf on former T&NO lines.  The car was stenciled to indicate it is in dedicated service.

Jim made his own decals using an ALPS printer.  This service was very hard on the car decking as well as the frame.  Jim created a patchwork of boards to cover the flat car deck.  I am not sure what he sued for making the huge blocks.  The coloring is very credible. 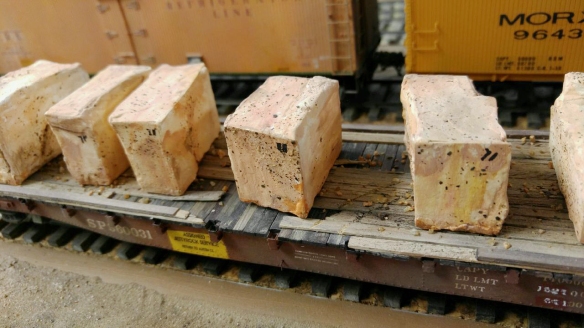 The decking really attracted me to the model.  One part of the deck looks like OSB plywood.  I love the debris on the deck as well.

Jim Zwernemann took these photos and is the current owner of this unique model.  Thank you for sharing Jim.