I have had a longtime interest in building a model of a group of double sheathed boxcars owned by the Northern Pacific.  The car is essentially a AAR 10′ interior height boxcar with wood sheathed sides.  They were built by Pacific Car & Foundry in 1940.  Chooch did offer a kit for this car which I built but wanted to add details to the side sill and other areas.  I came upon the general arrangement drawing and decided to take a crack at building one from scratch.   The first chapter of the construction was posted in June,2020. You can search through my blog a find all of the posting on this car build. And now the rest of the story as Paul Harvey used to say in his long-running radio program.  Some of used to listen to radio once upon at time.

The final chapter is a description of a process Lee Turner used to paint, weather and letter the car I built.  Lee and I worked out a deal where I built a Rock Island Fowler clone boxcar in exchange for finishing the model.

Lee has used a technique called pre-shading on the sides of the car.  Simply, it involves painting the indivdual boards in the siding with different shades of a color. 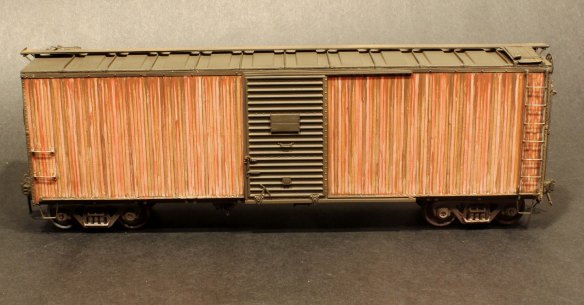 I opened an email from Lee and saw this picture and wondered what he had done.  I read the email and learned how he approached this process.  I have seen this technique several times on plastic aircraft and military vehicles.   The key here is to use several shades of a base color to get variation in the finished coat.

Here is what the car looks like after a light coat of the finish color.  He is building layers to create the effect.  Opaque paint would destroy the effect.

At this point Lee proceeded to finish the car like a normal job.  By the way, the 100-ton trucks are one of Lee’s many “shop” trucks. 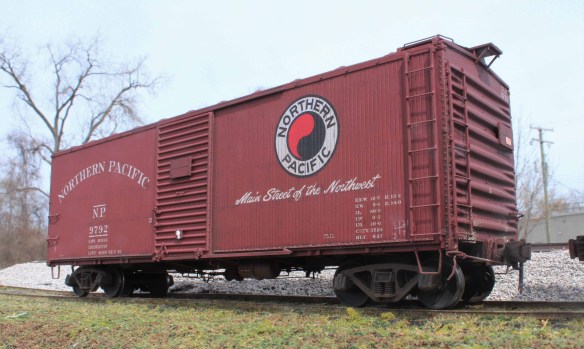 Lee had some trouble finding a sunny day to shoot pictures of the finished model.   Actually it looks like a typical sky in the Pacific Northwest.   The decals were a custom set done by Rick Leach for this project.  Lee said they were a challenge to apply since the decal paper was white making it hard to read the one inch high decals.  For some reasons it was very hard to find photos of prototype cars in the early 1950s.  We were able to find one which is was the source of the decal design.

I liked this shot as it showed brake system clutter.

No there wasn’t a wreck.   Lee took this shot to show the clutter and also he captured the look of road grime typical of the underside of a car in service.

The topside views shows that the roof paint is sound with no paint failure. 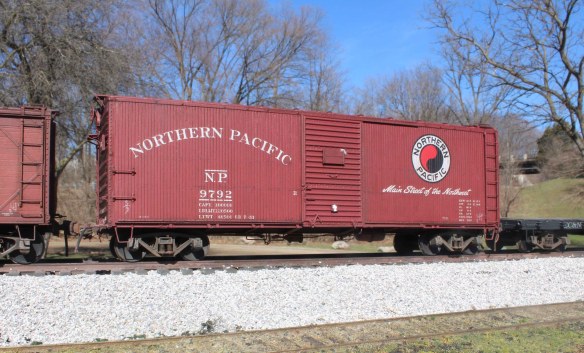 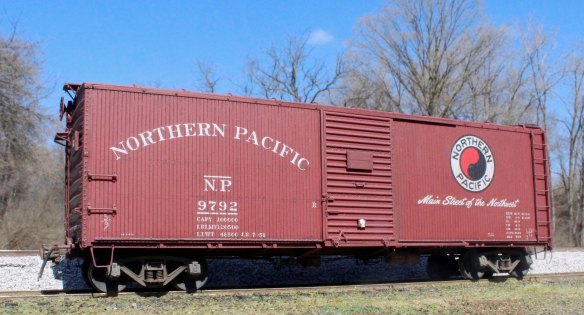 I didn’t expect to the story to end this way.  It is a wonder way to have a model finished by Lee Turner.   He is the master of his craft.  Sadly, he retired from doing modeling for clients.  Now he is working on his own stuff.  Good for him.   He has made a huge impact to how we look at finishing railroad equipment.   Thank you Lee for sharing your work with everyone.