I was surprised to receive several images of a new caboose built by Jim Zwernemann.  After marveling at the Kansas City Southern caboose Jim built a while back, I didn’t expect to see a new caboose model from Jim any time soon.  It turns out that the model is a memorial of the late Frank Peacock.  Jim was a close friend of Frank and obtained an extensive data package that he had prepared a number of years ago.  Frank was a huge fan of the Gulf Mobile & Ohio along with many other road.  He seemed to have a bias towards southern roads.  The GM&O had a lot of character with a propensity to buy unusual things like a diesel locomotive built by Ingles Shipyard. 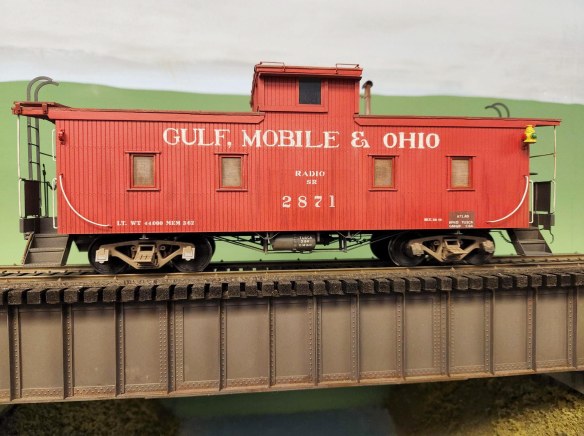 Here are Jim’s own words describing the project:

Surprise, another caboose. I built this as a tribute to Frank Peacock.  He measured one of these cars years ago and  I used his notes and photos to do a 1/4″ scale drawing. As usual it’s styrene with brass details. Couldn’t find the old Champ decal set to letter it so I pieced the small characters from several sets and hand lettered the large lettering.

Safety tread plate is from Plano, screens are very fine brass mesh, don’t know who made it. 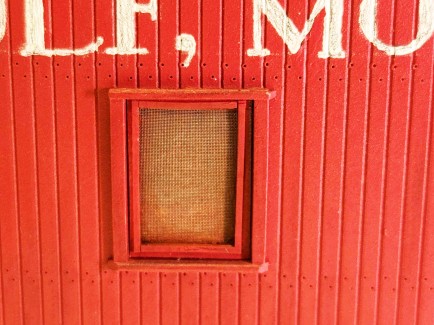 I used a different method to build this one. Sides and ends were completely finished, including painting, lettering and weathering, before gluing them together. End platform assemblies were built before attaching to the car. Much easier to solder railings and ladders and they were painted and weathered before final attachment to the body. 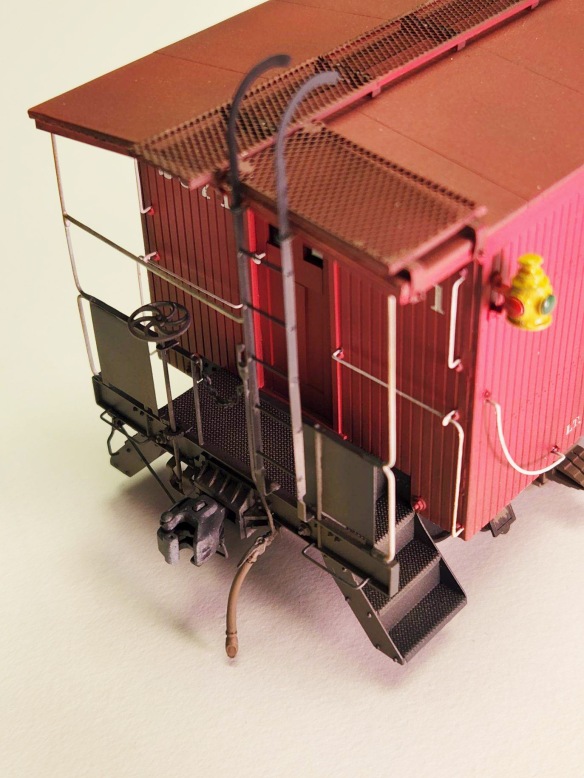 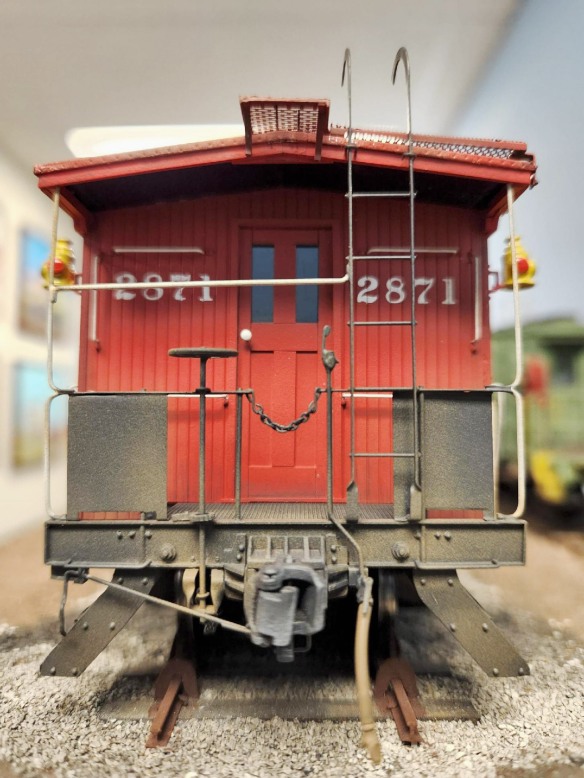 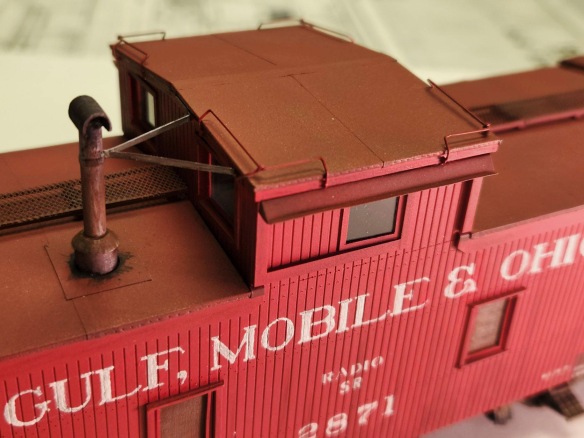 Another stunning caboose from Jim  Zwernemann.  He is a true craftsman and innovator. I though hand lettering a model was a dead art.  Jim has shown that it can be done and look darn good.  All of Jim’s models are beautifully finishe with a faded paint and subtle weathering.  The smoke jack is a little gem.

I want to thank Jim for sharing his efforts on this fitting memorial to a great person, Frank Peacock.