My laptop decided to crash due to a hard drive failure.   That was fixed and I have a new 1TB solid state hard drive.   No more spinning patten in my machine.   It was only $100 for a Samsung device.  Some technology parts can be a bargin but not cell phones.

I will be putting together a new posting to my blog shortly.

I have decided to step back from  my blog for a short time.   I find myself trying to juggle multiple activites and a limited amount of time.  Taking some time off will give me a chance to focus on a few modeling projects that are currently in limbo   I will be back.

Thank you for all you comments and interest in my blog and the material presented.

I just removed the three posts on the Northern Pacific caboose build.  The project has been put on the shelf.  I am not sure if I will proceed with the model.

Yesterday was the third anniversary of my blog.   This past year had 54,000+ clicks on my pages.  Down from the past which was 58,210 clicks.  It did have a record day total of 2364 views of a post on Lee Turner’s weathering.  Thank you for your support.

This next year will see some major changes in my environment.  We are moving to Gilbert, Arizona on 1 September or sooner.  Our home in California sold after 71 days on the market.   The new home will be smaller but will still allow for a smaller layout and workshop.   So the next year will be a new start on a shop, layout and some new projects.

I have added a menu to the header and categorized each blog post.  This should help a reader to search for material suiting their interest.

I hope to post more material on my layout build.  My efforts have been lagging.  Work is being done on the layout and will end up as a blog post soon. 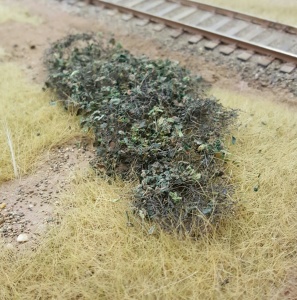